So, my first tri of the season. I mentioned going in that I had a goal in mind, something realistic but that would push me. I had to be realistic as my longest workout of the year has only been around 90 minutes. I looked at my splits from 2008 and then how my training has been going and decided if I could go somewhere around 30 on the swim, 1:20 on the bike, and 48 on the run, I'd be happy. Add in transition and a little wiggle room and I'd finish under 2:45.

Race morning. I woke up 10 minutes before the alarm went off and flew out of bed. I was stoked. Did my regular stuff ... shower, eat, fix my water bottles, etc. I rechecked everything I had packed the night before to be sure I didn't forget anything and headed for Freeport. Pre-race was all normal. Got body marked, set up transition, etc. I went for a short run, stretched, then decided it was time to get the wetsuit and see just how cold the water was. All week talk has been flying about how cold the water was going to be. I get in and to my surprise it wasn't that bad. That was a relief!

The swim. The waves went off every 3 minutes and I was in wave 5, pink caps. I got a good position in the water and then pretty soon Andy the announcer goes GO GO GO GO! (Andy - I love his voice. He announces at so many races. It's almost a calming voice when I hit a race venue and hear him on the speaker.) Off we go. I told myself to say relaxed and just swim. One buoy at a time. I've had issues freaking out in the water before and just wanted to keep a positive attitude and stay relaxed this time. I managed to draft for awhile right off the bat, which was nice. First buoy down. Found someone else to draft on after the turn. Second buoy down. You made a slight left after this buoy and then the sun was in your eyes. Ugh. Somewhere between buoy two and three I had a few issues. I finally made the turn on the last buoy and headed in. At that point I just swam hard and wanted out of the water. I hit the beach and headed into T1. Swim time 32:18. I was a little wobbly getting my bike shoes on, but I hurried as fast as I could and made it out of T2 in 1:48.

The bike. I took off on the bike and wanted to be sure I kept spinning easy since I had to climb out of the park before I could really settle in and get after it. About 3 min into the bike I glance down and see my computer isn't working. Ugh. Now, this is probably the stupidest thing I have ever done ... without thinking I reach my hand down to see if I can hit the button on the side of the sensor. Yeah. I miss and my finger goes into the spokes. OMG! That hurt. And no, I didn't learn so I did it again only this time the sensor moved, hit my spokes and flew off into the ditch! Smart Carlson, real smart. And all for what? Still not sure why I was so worried about my computer. My finger was bleeding but nothing that bad. Alright, I need to focus. I settle in on the bike feeling good. I thought the bike traffic was crazy. Especially through the first half of the race. Way too many bikes!! I pushed through the bike, all the way to the end, and I felt great. I hit T2 with a bike split of 1:21:26. Not bad considering I refused to ride my bike for over 3 months in the beginning of the season. In and out of T2 in :56.

The run. Here we go. I had no idea how this would come out. Remember me saying that me longest workout was 90 min? I've now been racing close to 2 hours. I told myself not to think about that and just run. That first climb out of the park just sucks. There is no other way to put it. After getting past the first hill I started to settle in. I have no idea what my pace was, I just ran. The miles were clicking off and I was getting tired. I just kept telling myself to keep running. Don't quit You can do this. I had about 1.5 mi to go and I started to come apart. Ugh. I kept pushing. I know I slowed down on the last few hills before the final decent into the park. I just kept pushing. I was so happy to start the decent, then I saw the water appear on the right, and I knew I was almost done. Past the gatehouse and onto the dirt. I heard Andy announce my name ... that's always cool. Around that last bend and to the finish. I did manage to run down a girl in the last 100 yards. Run time 51:06.

Next weekend is the Colby Triathlon. I'm really looking forward to it!
Posted by rungirl at 7:26 AM

Congrats, Robin! Great race! You are right--the first hill out of the park sucks on both the bike and the run. The last thing you want is something slowing you do and making you kill yourself that early on!! You did great holding it together at the end! Congrats! 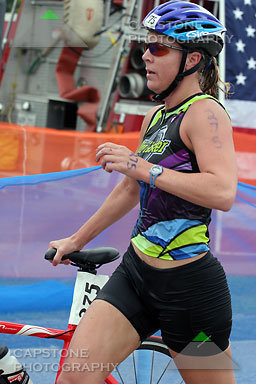 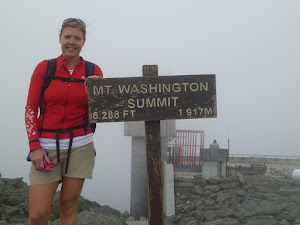 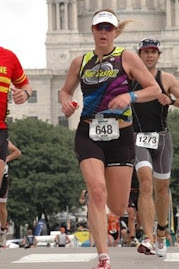 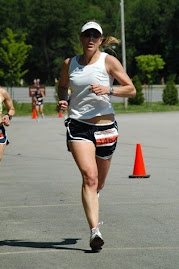 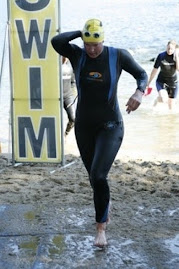 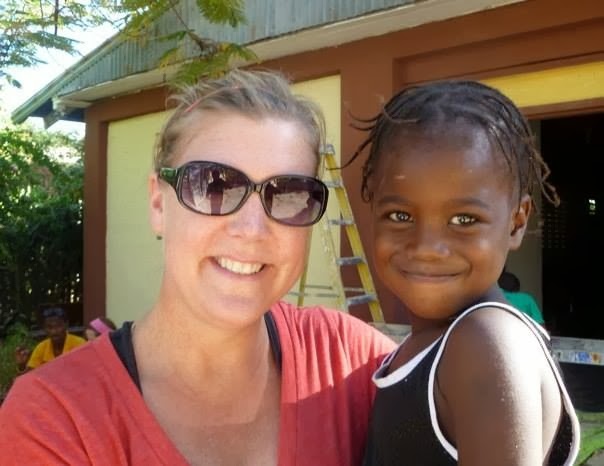